In the middle of the 80s in Washington state, the encounter between Rock and Punk gave birth to a musical movement that would grow to global proportions in the following decade: Grunge. Though fleeting, like other movements, grunge music would nonetheless have a huge impact on today’s rock music. A purer variant of Heavy Metal, Grunge is slower and also heavier, with saturated guitar riffs and dishevelled singers reeling off dark and pessimistic lyrics. The release of Nirvana’s album Nevermind in 1991 would lead to an explosion of popularity for the movement. Other bands like Pearl Jam, Alice in Chains and Soundgarden were part of the international grunge scene throughout the 90s. 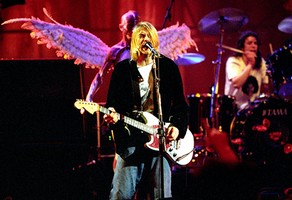 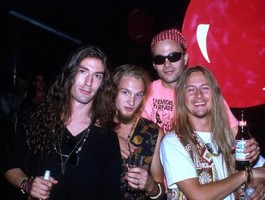 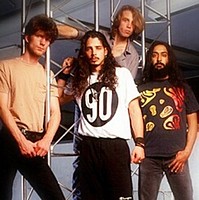 The youth of the era who adopted this music, called ‘generation X’, could not find their place in an ultra-capitalist society. In the same way as the goths, this generation fell victim to a kind of disillusionment and disenchantment. The movement reached girls and guys alike, with even a certain idea of the equality of the sexes thanks to artists like Courtney Love or the riot grrrls, whose lyrics were imbued with a feminist discourse. In 1994, the suicide of Kurt Cobain, the lead singer of Nirvana, was to trigger the decline of the movement. 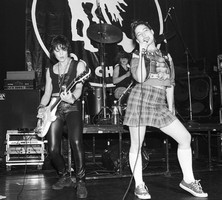 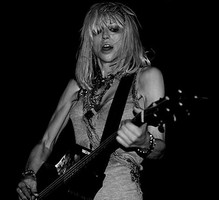 Is it really possible to speak of a grunge style or fashion? Doesn’t it rather evoke an attitude, a way of wearing your hair, of wearing clothes and shoes, with only some dress codes like faded jeans full of holes, and an oversized hoody? The checked shirt in the style of Canadian lumberjacks was also very trendy, and fashion designers have in fact drawn inspiration from it since. Grunge-lovers wear Rangers with a punk rock spirit or trainers for a more urban style, and here too there are no rules. The best option is to go through thrift stores to find denim overalls or an old pleather jacket. Finally, fashion accessories and jewellery are to be avoided, and the same goes for makeup – nothing ostentatious.

According to your look and wishes, you can find shoes or boots among the collections of New Rock that will go with your look perfectly. You can simply focus on the plainest models: low or high-top trainers, military boots in the style of vintage brown Rangers or even a pair of plain black cowboy boots without any frills. But it’s only after several seasons that they will acquire the worn look that gives them their grunge appearance. Which is perfect, since the quality of the leather and the craftsmanship of the New Rock shoes are known to last for years.