As for many countercultures, music bands laid the foundations of the Goth movement. After the Punk and Glam Rock of the 70s (Alice Cooper, Lou Reed), new bands inspired by these artists appeared in England, of which the best-known are Joy Division and Siouxsie and the Banshees. In the 80s, bands like The Cure, Killing Joke and Virgin Prunes would make a name for themselves. Even if the term ‘gothic music’ was not yet in use, these bands adopted dress codes and stage settings that would influence the youth of the day. The term ‘Punk Gothique’ was coined in 1981 in the British magazine Sounds.

The musical current would have its peak during the 90s, with bands from Europe but also the United States like Marilyn Manson, Evanescence, Bauhaus, Sisters of Mercy, Play Dead and Christian Death. It was characterized by heavy, sombre post-punk musical atmospheres, its songs with dark lyrics describing impossible love stories and tragic destinies.

When a band experiences success, the public doesn’t only appropriate their songs and lyrics, but also the musicians’ clothing style – a phenomenon common to many countercultures. Goth fashion has as many trends as music genres, and while there are dominant currents, personalisation is also important: everyone makes their own rules. The primary influences of goth fashion come from the Punk movement, in terms of hairstyle but also in the way of dressing and accessorising - fishnet stockings, chains and studs, not to mention shoes like Rangers, Doc Martens and later, starting in the 90s, New Rock. The band The Cure and its lead singer Robert Smith would also have a huge influence on goth fans with his heavy use of black in clothing and shoes, along with predominantly white makeup and macabre accessories, a look known as batcave. Some carried this even further, adopting vampire looks with tinted lenses and a long cloak lined with purple satin, or fetish looks (Fetish Goth) wearing thigh-high boots with platform heels and vinyl outfits.

A different trend in goth fashion derives from historical influences, borrowing from the Renaissance, Baroque or Victorian periods, with long bustier dresses and veils, lace and embroidery. Originating in Japan, the phenomenon of gothic Lolitas or Visual Kei showcases an unrestrained look, introducing fluorescent colours, flashy plastic accessories and hair extensions, and, of course, platform shoes or boots.

There are many other subcategories of goth fashion. These are more or less niche trends, like the Wannabe, which consists of transforming oneself into a well-known personage – fictional or real – but also very dark styles like Mopey Goth or Dark Goth. 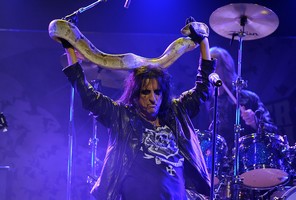 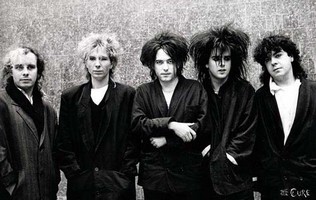 New Rock, the reference for Goth shoes and boots

While the first goths wore customized Rangers, in the early 90s, the brand New Rock would put high-heeled shoes and ankle boots as well as punk rock-style platform boots on the market. They would enjoy global success and the goths would appropriate this brand, which was to offer increasingly unusual and eccentric models. Chains, studs, cartridge belts, leather - black lacquered, but also colourful and textured like snakeskin or dragon scales. Its perfect finishings and artisanal workmanship built the reputation of the brand around the world.